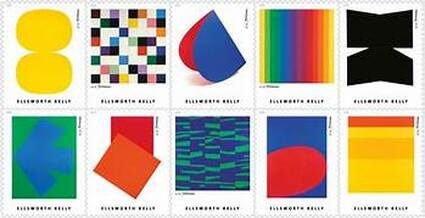 On Saturday, August 24, 2019 at 11 a. m., the Library hosted a reception and open house for the secondary cancellation ceremony of the new Ellsworth Kelly stamps, co-sponsored by the United States Postal Service (USPS) of Oradell and the Ellsworth Kelly Foundation in Spencertown, New York.

Read the Article in The Record

Oradell Public Library Mourns the Loss of Ellsworth Kelly
Former Oradell Resident and Internationally Renowned Artist
Despite his stature, Ellsworth Kelly remained in touch with his beloved childhood hometown of Oradell and with the Oradell Public Library.  During the capital campaign for the renovation of the Library (2006 - 2008), he made the single largest donation of funds.

Mr. Kelly donated major books and catalogs to supplement the collection of his materials in the Library's Local History Archive.   To help celebrate the Library's 100th anniversary in April 2013, he donated a print Color Squares 2, 2011, which hangs above the mantle in the Library's North Reading Room. 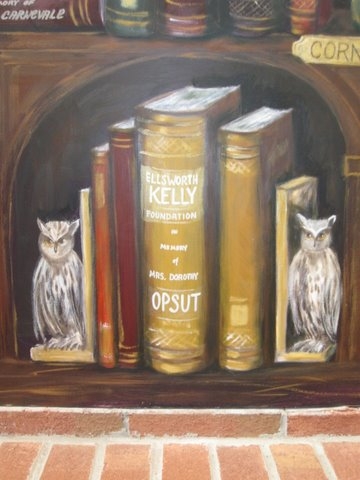 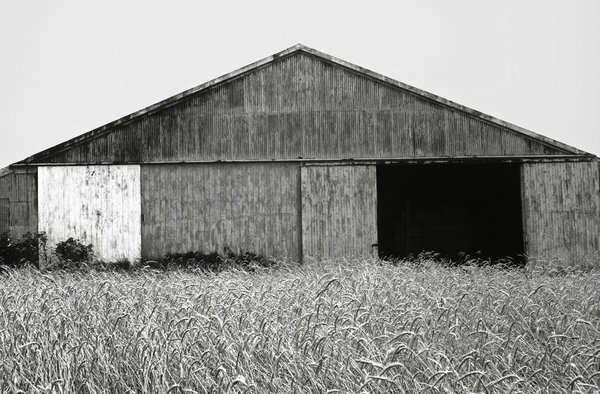 Internationally renowned artist and former Oradell resident Ellsworth Kelly had a posthumous exhibition of his photographs at Matthew Marks Gallery.  Remember that one of Kelly's earliest paintings is of a barn in Oradell and that he first developed his love of shape and color in Oradell as a child.