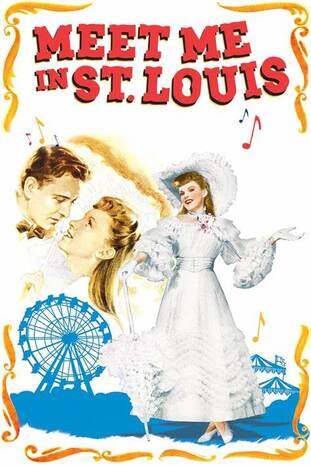 The IFC Club, which meets on the fourth Monday of each month, is celebrating its eighth anniversary of engaging conversation.  All are welcome to attend to explore the modern classic selected.

The film chosen for the next meeting on Monday, December 19, 2022 (third Monday to avoid Christmas observed) is Meet Me in St. Louis (1944), a 1944 American Christmas musical film, directed by Vincente Minnelli and starring his later wife Judy Garland with a plot divided into a series of seasonal vignettes, starting with summer 1903, and with the story of a year in the life of the Smith family in St. Louis before the World’s fair in the spring of 1904.
​
If you are interested in attending and participating, please watch the film on your own before the session.
​
There is also an opportunity to help decide with your fellow cineastes (film buffs) what independent, foreign, or classic films you would like to choose to discuss.
​
The program is free and open to anyone interested, so join us online for now and come to the North Reading Room for the next meeting after the Library reopens.

Download Flyer
The Day of the Jackal: Book vs. Film

On Monday, July 23, 2018 the IFC Film Club discussed The Day of the Jackal (1973), a political thriller, directed by Fred Zinnemann and based on the 1971 novel of the same name by Frederick Forsyth, about a professional assassin known only as the “Jackal”, who is hired to assassinate French president Charles de Gaulle in the summer of 1963.

Photograph by Michaelangelo Di Nonno
We make available to the public the Robert Milli Collection of films on DVD, which are housed in a separate shelf at the beginning of the regular first bank of DVDs on the lower level.  The collection specializes in classic films, especially film noir.

Robert Milli (March 15,1933 - July 18, 2019), the stage, film, and television actor, who was a member of the IFC Film Club and had appeared in a number of presentations at Oradell Public Library, donated his collection to the Library in 2018.
Read More
IFC Film Club Email Newsletter

Please write to Director John J. Trause (trause @oradell.bccls.org) with your name and email address, if you wish to receive news from the IFC Film Club.
▴